On the 8th June, 2015 Apple told that it is possible to create applications for the Apple Watch that run on the smartwatch. This is widely regarded as a mobile technology milestone just like the announcement seven years ago was when it became possible to develop applications for the iPhone. It also means that soon, we will see innovative apps on the Apple Watch, but even before that there are some useful apps for the smartwatch.

El Pais, a major newspaper in Spain, has developed an app for the Apple Watch that brings the news headlines with photos to the smartwatch screen. You may scroll through the headlines, and when you spot a story you want to read, you mark it as a favorite. When you are ready to read the news item, pick up your iPhone and the whole story is awaiting for you there.

View the video where El Pais managers explain (in Spanish) how the app works.

We have also reported about an app that lets you read ebooks on the Apple Watch. 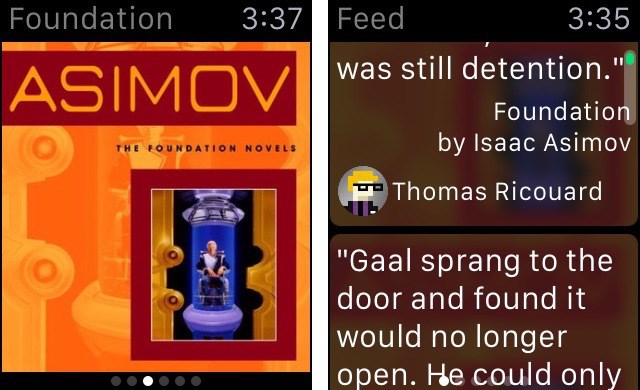